“We’ve had the pleasure of working with SalesRoads over the course of several years now, and have found them to be tremendously accommodating. I recommend SalesRoads to anyone looking for a true sales partnership with a talented team of professionals.” 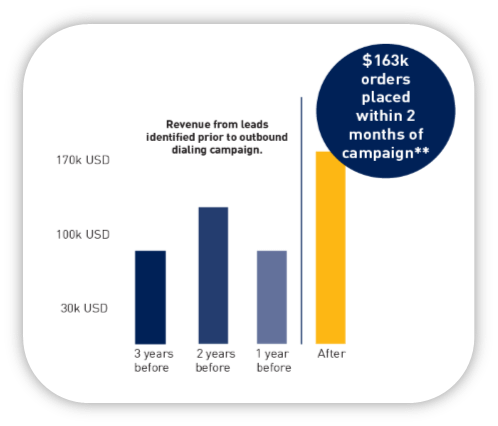 The Challenge: A full-line Parker distributor and Parker Store with multi-state locations, operates two locations in a remote area. Whilst it had gained a good foothold in the market, it wanted to grow market share by identifying new business and penetrate existing customers.

The Results: SalesRoads identified a total of 541 SQLs for the distributor during this campaign, estimated at approx. $25 million annually. Monthly monitoring of the prospects identified via the campaign is performed via sales analysis.